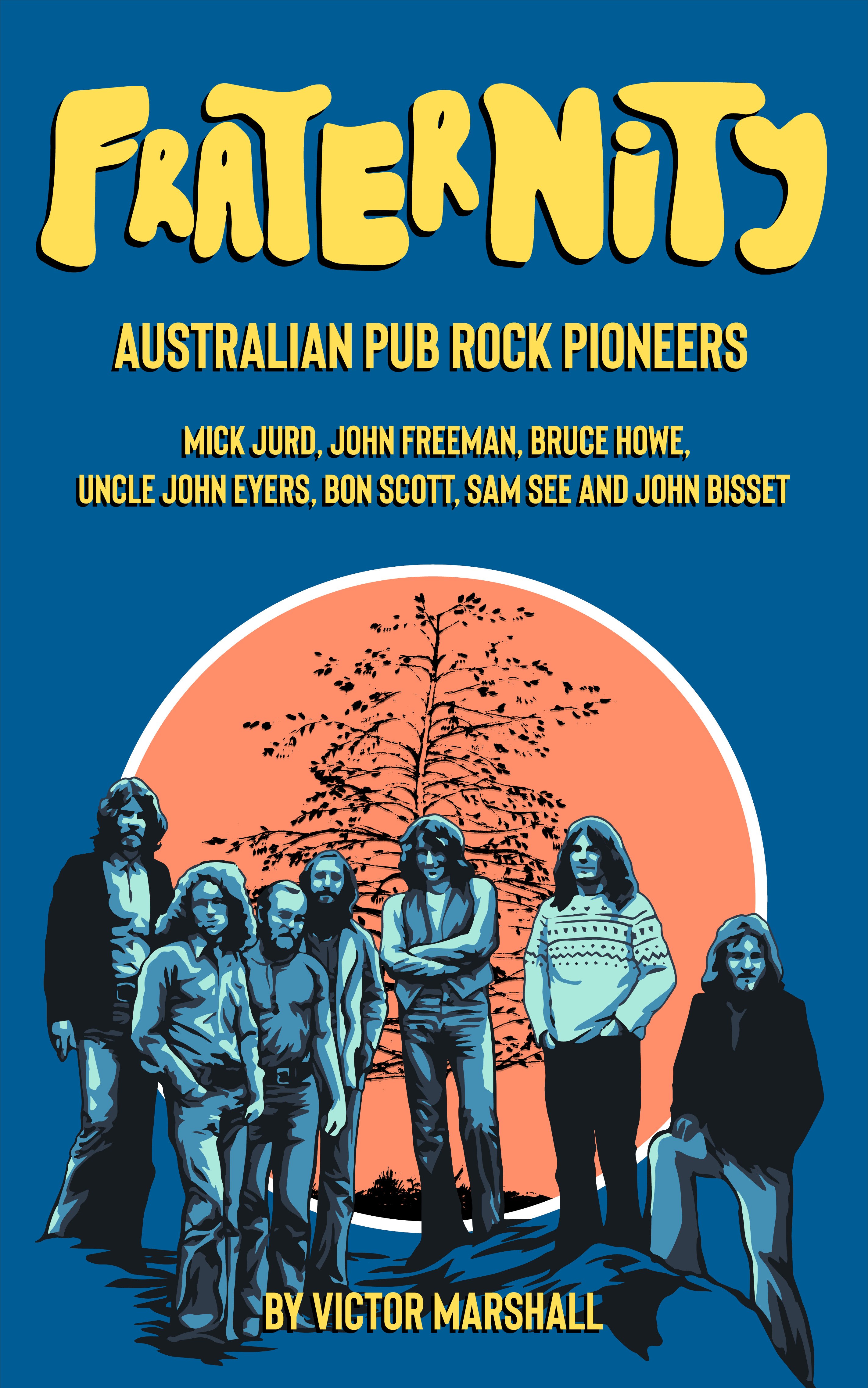 Led by bassist Bruce Howe, the perfectionist, alongside seasoned guitarist Mick Jurd, Fraternity became synonymous with the quality of their live performances and original material.

Each member was a sought-after experienced performer: John Bisset, the master of the draw bars on the Hammond organ, John Freeman, with the best right foot in the business, and lead vocalist Bon Scott, who went on to worldwide fame with AC/DC.

With the help of manager Hamish Henry, Fraternity were soon performing with acts such as Deep Purple, Manfred Mann, Free and Black Sabbath.

Fraternity continued to evolve musically, eventually adding the elusive harp extraordinaire, Uncle John Eyers, and multi-instrumentalist and songwriter Sam See to the line-up. Their complex musical arrangements and originality influenced following generations, including some of Australia’s greatest musicians such as Jimmy Barnes and Swanee.

For the first time in 50 years their story is told in their own words and this significant lost chapter in Australian music history is revealed.

Written by the historian and promoter Victor Marshall, who has produced live music events with some of the country’s greatest performers.

“Fraternity: Australian Pub Rock Pioneers boasts many unseen photos, interviews and has previously unpublished letters written by Bon. If you are an Australian rock fan, not just a Bon Scott fan, you will enjoy this book. The thought and care that has gone into it is unmeasurable.” – 5/5 Stars

Get The Book Now

Buy the book directly from the author, Victor Marshall, at The Grape Organisation store.