Founded in Australia, rock band FRATERNITY will forever be associated with their lead singer, Bon Scott, who would later join AC/DC and enjoy worldwide fame. However, Scott’s tenure with Fraternity has been poorly documented on the reissue market. Of the two albums the band had issued at the time, Livestock and Flaming Galah, neither album has been released officially, and their story has never been told accurately… 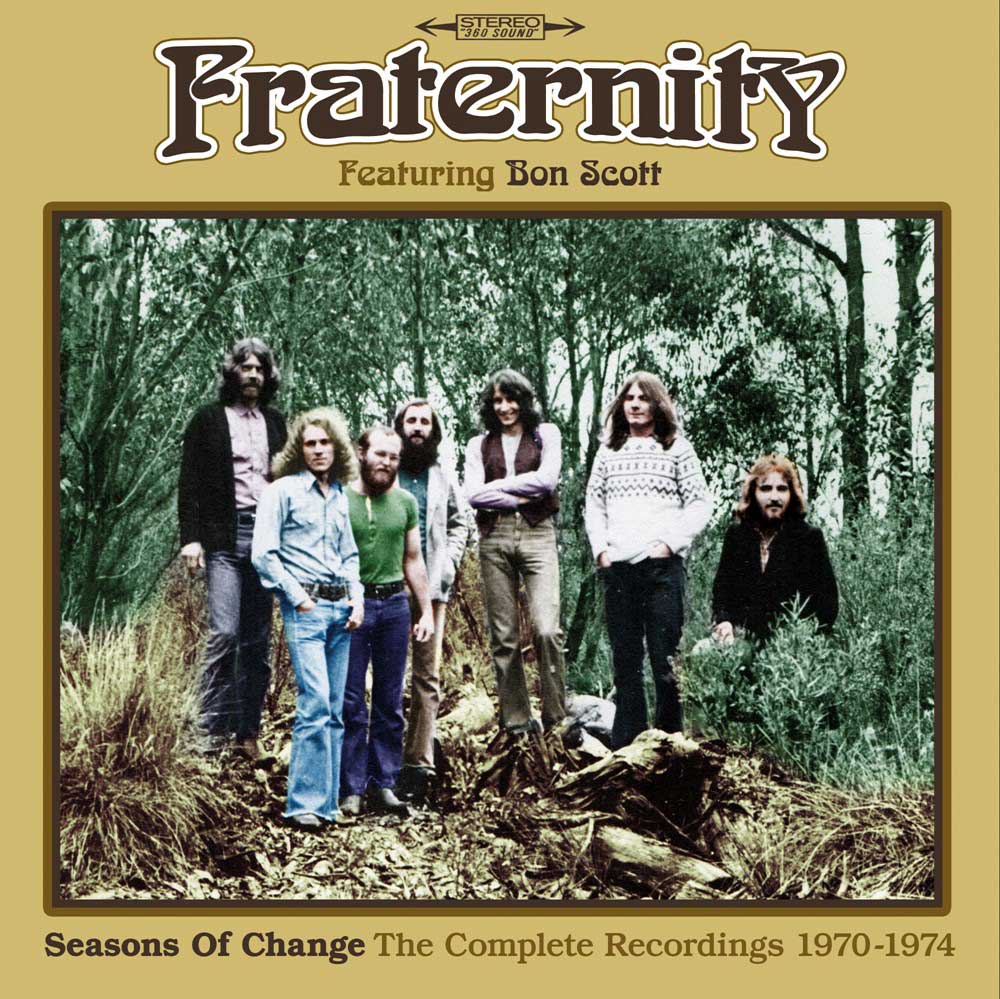 Half a century later, SEASONS OF CHANGE finally seeks to amend this oversight. Curated in conjunction with surviving band members (Bruce Howe, John Freeman, Sam See, John Bisset, Uncle John Eyers and the Estate of Mick Jurd) and their original manager Hamish Henry, this 3-CD set seeks to offer the complete recorded output of FRATERNITY, including both their albums from 1971-72 (originally issued on Sweet Peach and RCA respectively), utilising the original master tapes and best possible remastering sources, adding all relevant non-albums singles A’s and B’s and EP tracks. Bonus tracks feature Fraternity backing The Valentines’ Vince Lovegrove and their victory at the national Battle of the Sounds competition where they claimed the title of Australia’s No. 1 band.

Musically, from their base in Aldgate, South Australia, FRATERNITY ran the gamut of musical styles in vogue on the rock scene at the dawn of the 1970s, from proto-heavy metal to country and soft rock, progressive music and a nod here and there to the earlier psychedelic boom.

SEASONS OF CHANGE is beautifully presented, with exhaustive 18,000 word sleeve-notes and unseen photos of the band from The Grape Organisation, who have worked in conjunction with Cherry Red’s Lemon label to create this new 50th Anniversary collection.

Get The Complete Recordings Now

Buy the box set with the Australian Pub Rock Pioneers book and get $10 off your order and save on shipping.